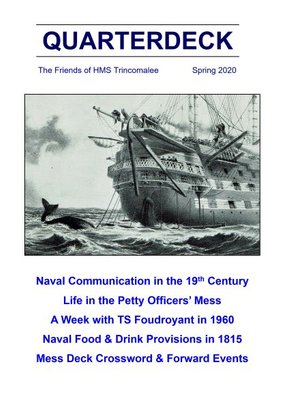 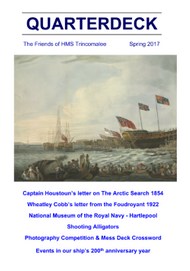 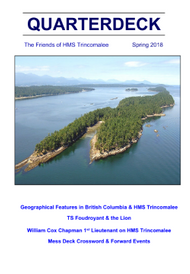 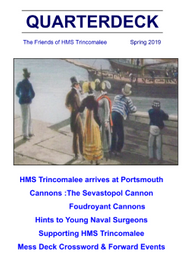 The first issue of the Friends' magazine, “Quarterdeck”, appeared in February 1994, originally as 4 sides of A4. Since Spring 2004 the magazine has been of A5 size.

Articles tend to relate specifically to the history of HMS Trincomalee, people associated with the ship throughout its long history – from its building and launch in 1817 to its restoration in Hartlepool in the late twentieth century.

By clicking on the appropriate issue's front cover picture below, you can freely obtain a PDF version, about 7 to 9 MB, of any of the 2017 to 2019 issues. This facility has been made available due to the Corona Virus. 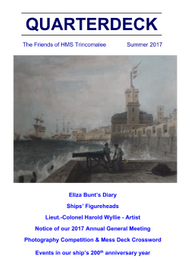 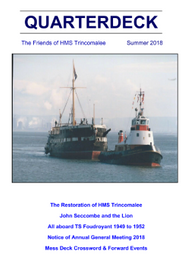 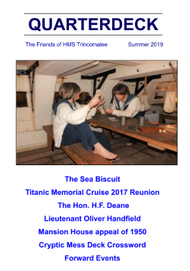 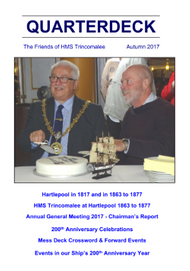 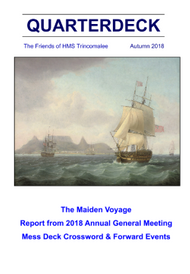 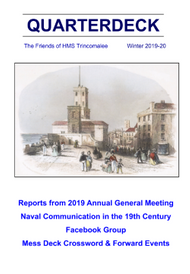